Back in 2004, Google ran a recruitment campaign where they posted the following billboard along the main freeway running through Silicon Valley, and later at other locations in the country:

For those who managed to find the answer, a second problem awaited on the secret web site, and those who solved that were then encouraged to send in a job application.

Effectively nerd sniped, I started playing with this problem sometime last year, and it led down a path to some excellent programming exercises.

This post describes a few different ways of solving the problem; from a Perl one-liner, to using hand-rolled fixed-point arithmetic (including an implementation of Improved division by invariant integers) or using binary splitting with GMP to compute a billion decimals of e.

The code is available in eprime.c.

Finding the 10-digit Prime With Perl

Searching for "first 10-digit prime in e" quickly yields the answer: 7427466391 is the number we're looking for. But let's assume we found this problem early on, and that the solution had yet to be posted online. We can still benefit from the web by searching for "many digits of e". The first hit provides two million digits in which we can search for the solution, for example with a Perl one-liner:

How does this work?

Computing mathematical constants to a large number of digits has been a popular sport (in select circles) for a long time. Pi is especially popular, with the current record at 22.5 trillion digits, but e too has been computed to extreme precision (at least to 5 trillion digits).

One way to approach the computation is from Taylor's theorem, which for e gives us

where R, the remainder term, is bounded by

The factorial in the denominator of the remainder term means the series converges quickly.

By choosing a large enough n and adding the terms of the series, we can approximate e to any precision we want. To get k correct decimals, we need an n such that

Since the left-hand side is monotonic, we can use binary search to quickly find the smallest n that fulfills the inequality:

For the computation of e, we cannot use the regular double data type, since it only has enough precision for a handful of decimals. Instead, we will use GMP's arbitrary-precision floating-point functions.

How many bits of precision do we need? Each decimal digit requires

(Note that we have to be careful not to lose any bits due to the truncating integer division.)

We need two floating-point variables: one for the sum of the terms (which approaches e), and one for the current term. The current term starts at 1, and then we divide it by 1, 2, 3, etc. so that in each loop iteration, its value is 1/i!

We convert the final value to a string of decimal digits using mpf_get_str:

The string we get back starts with "2718..", i.e. there is an implicit decimal point after the first character.

Finally, we iterate over the string, checking for 10-digit primes with mpz_probab_prime_p:

To install GMP, build and run the program on Debian:

On Mac, to install GMP from MacPorts, build and run the program:

To print the digits, pass along -DPRINT_E:

The result can be compared against for example this page.

(Note that mpf_get_str has rounded the last decimal up to 9, and so has that page. If you print more decimals, you will see that the 10,000th decimal is actually 8, followed by 5674..)

As it turns out, the 10-digit prime occurs early in e, starting at the 99th decimal (in the second row above), so there is no need to compute all 10,000 decimals. But more decimals is more fun!

Computing e Ourselves Without GMP

It seems amazing that just by repeatedly dividing and adding some numbers together, we end up with this sophisticated mathematical constant.

GMP did all the work in the code above. Perhaps if we implemented all of it ourselves, it would be even more satisfying? This seems like a worthwhile programming exercise.

Remember how numbers are represented in our regular decimal system. For example:

As long as we remember the position of the decimal point, we could simply store the number as an array of digits:

This is called fixed-point representation because the implicit decimal point occurs in a fixed position of the number (as opposed to floating-point, where it can change).

Since the instructions in modern computers perform arithmetic on 64-bit values, it's much more efficient to store numbers as arrays of 64-bit values rather than decimals.

As we know that the integer part of e is 2, we only concern ourselves with computing and storing the fractional part. We will represent it as an array of n 64-bit words:

To compute e, we only need to perform two operations: addition and division (what we did with mpf_add and mpf_div_ui in the GMP version).

Addition is straight-forward; we add the numbers place by place, starting at the least significant end and carrying the one as necessary (this is Algorithm A in The Art of Computer Programming, Section 4.3.1):

Performing the division is trickier. Luckily, we only need to divide our n-word term number by a single word. That means the algorithm is straight-forward, essentially how we do short division in school.

However, the algorithm relies on being able to divide a two-word divisor by a one-word dividend (dividing 128 bits by 64 bits in our case), "two-by-one division". Some CPUs have an instruction for that; for example, Intel x86's DIV does exactly what we need as long as the result fits in a single word (which it always will in our case). But it is not possible to express that division in standard C, and many CPUs don't have an instruction for it.

Instead, we will perform two-by-one division using a clever technique that relies on multiplying the divisor with the approximate reciprocal of the dividend. Not only does this solve the division problem for us, it solves it efficiently because we can reuse the reciprocal when dividing by the same value multiple times. Using X86's DIV instruction would be much slower since it can take up to 100 cycles.

The algorithm is described in Möller and Granlund "Improved division by invariant integers" (IEEE Trans. Comput. 2011). The paper is an improved version of Granlund and Montgomery "Division by Invariant Integers using Multiplication" (PLDI'94) which is also the subject of Chapter 10 in Hacker's Delight.

The approximate reciprocal is defined as

Most CPUs do provide the full result of the multiplication. With GCC or Clang we can use the non-standard __uint128_t type to implement umulhi (the high 64-bits of the result) and umul (both the high and low 64-bits). With Microsoft Visual C++ we can use intrinsics, and when none of those options are available, we can compute the result by hand using four 32-bit multiplications:

With these functions in place, we can proceed to implement reciprocal_word, which computes v using carefully implemented (and hard to follow in the paper) Newton iteration.

If we do have access to the X86 DIV instruction, it can be used to compute the approximate reciprocal directly. We use this in the assert above to check our work.

Using the reciprocal, 2-by-1 division is implemented as below, using two multiplications and some adjustments.

And with that in place, we can finally implement our n-by-1 division.

To normalize the dividend, it is convenient to have a function for getting the number of leading zeros in a word. Many CPUs have an instruction for that (X86 has BSR), and otherwise we can do it ourselves.

Since we shift the dividend to normalize it, we must also shift the divisor the same amount to get the correct result. We can do this in-place while performing the division (this "short division" algorithm is Exercise 16 in The Art of Computer Programming, Section 4.3.1):

Computing e With Our Fixed-Point Routines

Now we can finally proceed to computing e. Note that since we're only computing the fraction, we skip the first terms (which add up to 2), and start with the third one. To initialize efrac and term to 0.5, we need to figure out what that is in the base we're using:

The code above leaves us with an array of carefully computed 64-bit words that represent the fractional part of e. How do we turn that into a decimal string?

If we multiply it by 10, the most significant digit, 7, gets moved to the integer position (in our case there is no integer position, so the 7 arrives as an overflow of the multiplication). We can repeat the process to extract one decimal at the time.

Instead of multiplying by 10 to get one decimal, we can multiply by 100 to get two, or any power of 10 to extract multiple decimals at the time. The largest power of 10 that fits in a 64-bit word is 10^19, so we will use that to extract 19 decimals at a time.

(The time complexity of this is quadratic: O(n) multiplications are performed O(n) times. GMP implements faster algorithms for binary to decimal conversion.)

To check whether a number is prime, we will implement Algorithm P from The Art of Computer Programming, Section 4.5.4, also known as the Miller-Rabin primality test.

This is a probabilistic test, which means it cannot tell us that a number is prime with absolute certainty, but it's good enough for our purposes, and it's fast.

The algorithm relies on modular exponentiation, which we can implement with repeated squaring (also known as binary exponentiation). What makes it a little difficult is that we're dealing with 64-bit numbers, so we need to be able to compute 128-bit products and divide those by a 64-bit dividend. Luckily, we implemented exactly the necessary tools with umul and div2by1 above. 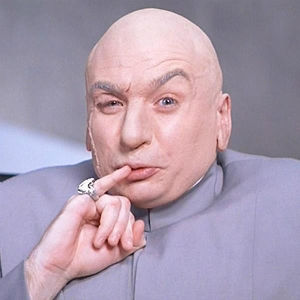 We can use our program to compute a million decimals:

On my laptop, the "manual" version takes about 2 minutes. If I use X86's DIV instruction instead of multiplying by the reciprocal, it takes 4 minutes. The GMP version takes just over 1 minute; it uses fancier and more carefully implemented algorithms.

While the algorithms above suffice for computing a million decimals, computing a billion decimals calls for a faster approach. The programs used for calculating e, pi, and other constants to trillions of decimals normally use a technique called binary splitting. My implementation is based on the description (PostScript version) by Xavier Gourdon and Pascal Sebah.

Consider the series below.

To compute the fraction resulting from adding the terms together, we need to rewrite each term to use the common denominator, Q(a,b):

To compute Q(a,b), we can use binary splitting. Instead of iteratively multiplying with a+1, a+2, and so on, we can use a recursive approach, splitting the computation into two halves at each step and combining the results (binary splitting is really just another name for divide and conquer):

When Q(a,b) is small, this isn't any faster than the iterative computation, because binary splitting performs the same number of operations. However, when the numbers are larger, the time required for each operation grows (often super-linearly) with the size of the numbers involved, and then we benefit from the binary splitting method reducing the size of the sub-problems.

P(m,b) matches the last terms of P(a,b), so that seems fine.

P(a,m) looks like the first terms of P(a,b) except that the numerators are wrong; we need them to be b!. To fix this, we can multiply them by b!/m!, which we also know as Q(m,b). So, we end up with:

Using this version to compute a million decimals is significantly faster than what we saw above:

How about a billion decimals? On my laptop, it takes about 20 minutes: