As I was about to leave for work one morning a few weeks ago, I found that my neighbour's bike had been stolen. It had been parked right next to mine, locked with the same kind of lock: a KryptoLok Series 2, the pieces of which were now lying on the ground. My bike is not very fancy, which is probably why my neighbour's bike was stolen instead of mine, but buying a better lock still seemed like a good idea.

I went with the Kryptonite New York Fahgettaboudit Mini. At 2 kilos, the lock is a serious chunk of metal; it feels like complete overkill, which is just the way I like it.

I was worried that the lock would be too small for my favourite way of locking up the bike: through the seat stays, rear wheel and around the bike stand. Turns out it works fine: 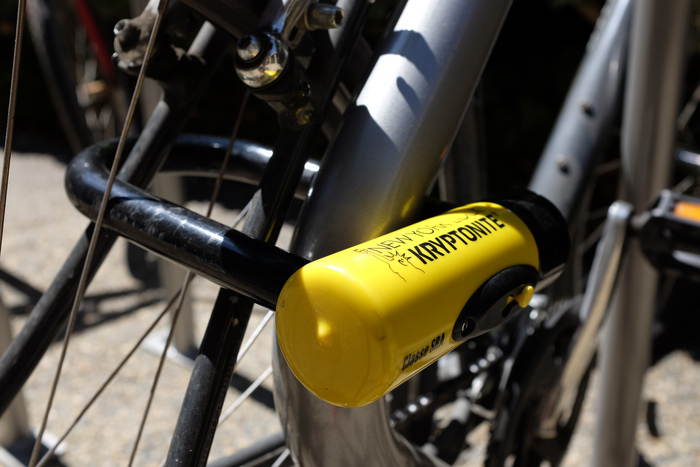 And the message is clear: